Dénia is the best little beach town you’ve probably never heard of. Located on Spain’s sparkling Costa Blanca just an hour away from Valencia, Dénia really is a hidden gem. I was lucky enough to discover it thanks to friends of friends who have recently retired and are living the dream there. Kevin and Susan were kind enough to welcome me for a few days in March, which happened to be during the annual Las Fallas festival. 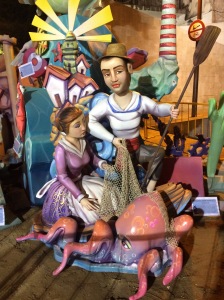 Las Fallas (Falles in Valencian) is one of Spain’s biggest and most extravagant annual festivals and definitely one of the most unique things I’ve ever experienced.

Las Fallas literally means “the fires” in Valencian. The focus of the fiesta is the creation and destruction of ninots (“puppets” or “dolls”), which are huge cardboard, wood, paper-machè and plaster statues. The word “fallas” can refer to both the festival and the constructed ninots. The fallas are extremely detailed and usually depict bawdy, satirical scenes and current events. Poking fun at corrupt politicians and Spanish celebrities is a popular theme. The labor-intensive ninots can cost  up to US$75,000, and are crafted by neighborhood organizations. The organizations meet and plan the themes of their fallas all year long.  Many ninots are several stories tall and need to be moved into their final location with the aid of cranes on the day of la plantà (the rising). 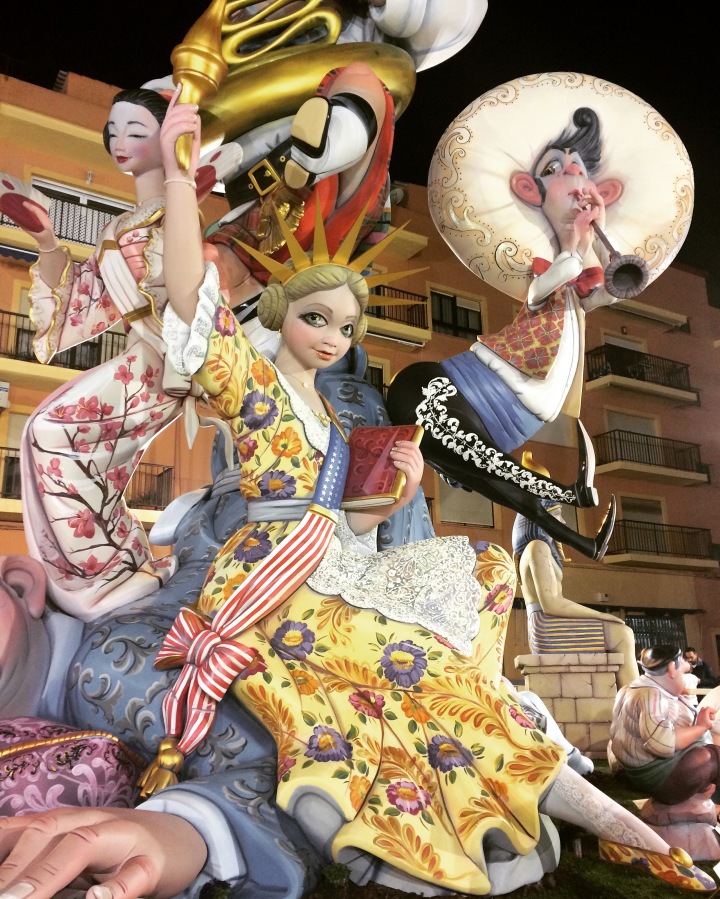 The fallas are placed in key intersections all over town such as in the middle of street corners and in parks. After the rising, the fallas are left up for a few days so the town can observe and choose their favorites. They are actually voted on, and the crowd favorite is spared from burning and gets displayed in a local museum.

Then, on March 19th is La Cremá (the burning). On this day, the fallas are burned with great fanfare and lots of celebrating. From what I understand, the fallas or ninots are poked with holes in strategic places and stuffed with firecrackers. 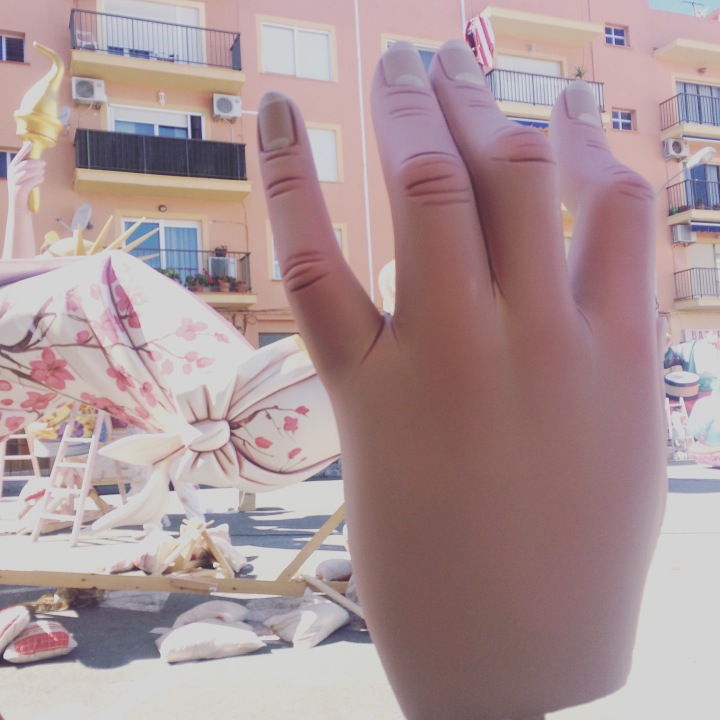 You’re probably thinking what I was thinking – sounds dangerous! Apparently, local firefighters have come up with creative ways (like fireproof tarps) to make sure nearby buildings don’t accidentally catch fire. Another thought I had was, with all this paint and fiberglass, it can’t be environmentally friendly. Unfortunately, my schedule had me leaving Dénia before the day of burning, so I never got to learn the answer to that one.

Everything aside, it is a beautiful spectacle and a tradition I don’t see going anywhere anytime soon. Seeing the raising of the fallas was really amazing because I got to see how bits and pieces (like the incredible surrealist hand above) would fit into the later full-blown arrangements. These things are huge!

Pictures from “The Rising” of Las Fallas

Fallas in progress. Each “team” or organization had a special colored jumpsuit they would wear. See red “team” above observing their work. 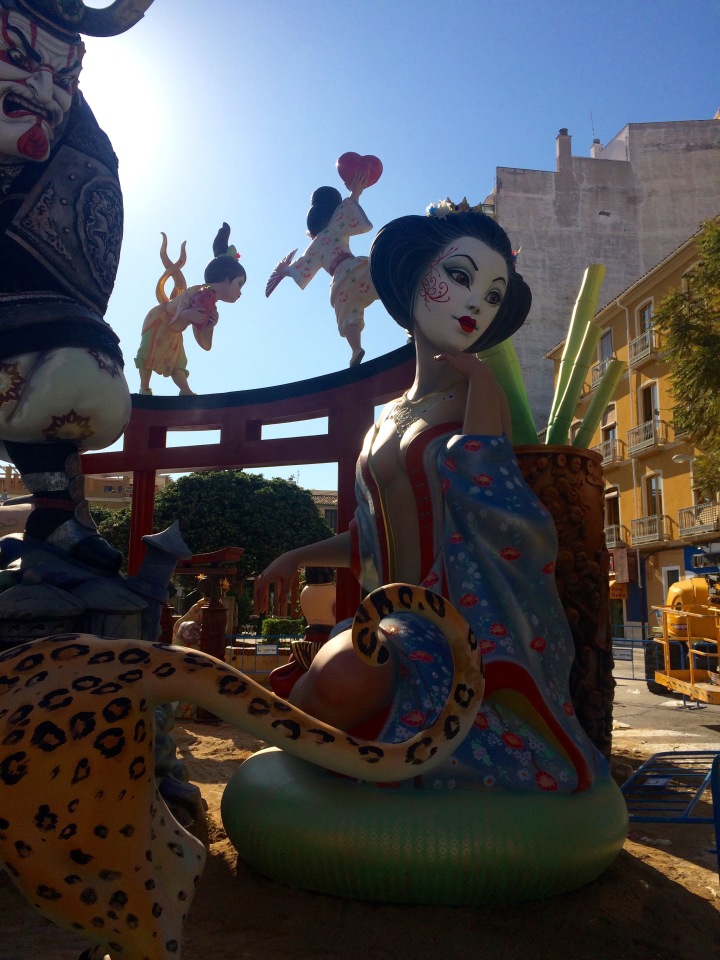 This Asian-themed one was pretty incredible. 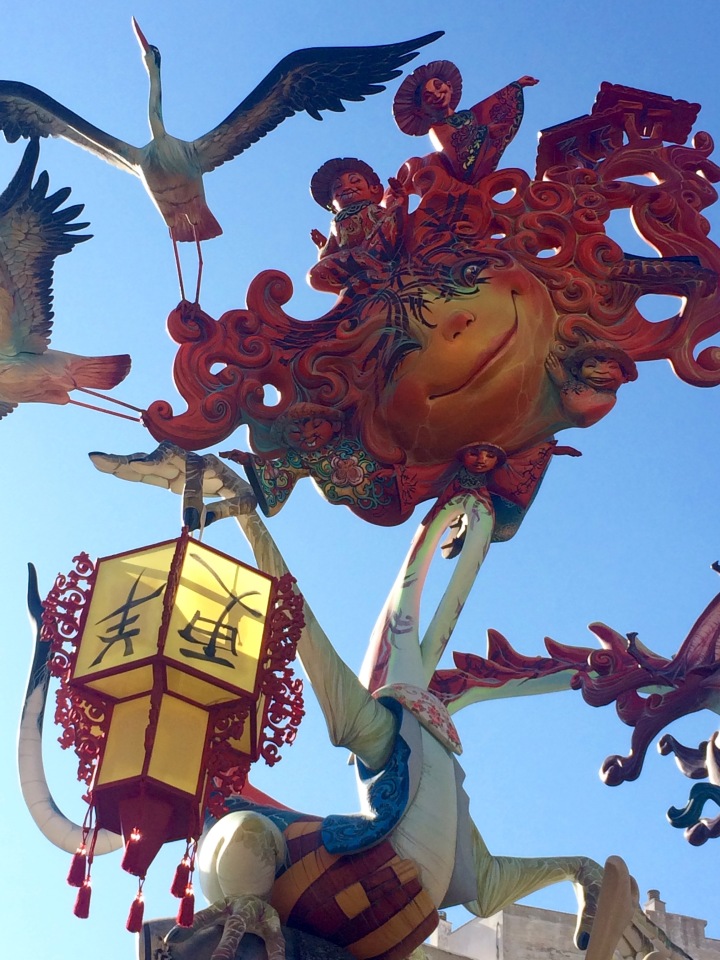 Some of them are up to 10 meters or more high. ALL of them are elaborate and impressive. In former times I believe they were much more simple and mostly wooden. 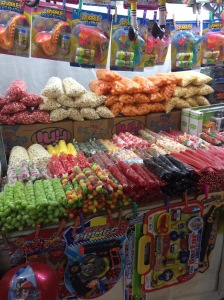 The whole town becomes a party, with special booths set up to sell candy, games, toys, etc. There are traditional dances which kids and adults participate in, and fireworks going off for literally days straight.

If you ever have the chance to check out this festival, do it!

This site uses Akismet to reduce spam. Learn how your comment data is processed.

Dolly says, Love is Love y’all. ❤️
Caught up with this adorable pregnant lady in Charleston!! #gradschoolfriends #catchups #ischool #reunitedanditfeelssogood #charlestonsc #stateside #roadtripp
One week Jubiläum 😍💍
And just like that, it’s almost May. #happybirthdaytome #earthday #quarantinebirthday #secondtimearound #operationstaythefuckhome
Humble enough to know I’m far from perfect. Confident enough to know I can do anything I set my mind to.
Weird hair hiking day. 🍁 🍃
Y’all know I love traveling, but I’m actually a major homebody too! I think it’s a Taurus thing ♉️ and I’ve basically adapted it to fit my traveling ways - I just turn wherever I am into a little temporary habitat, kinda like my favorite animal, the turtle!! 🐢🐢🐢
Vacation is over and it’s back to reality. 🙃 Let’s not call this goodbye, let’s call it ”until next time“...
Windblown hair, don’t care!💨So glad @danyhenrycarpintero let me talk him into driving to Slovenia for our ‘end of summer vacay’. The original plan BC (before COVID) was flying to Texas and Mexico to see friends and family, so it’s definitely bittersweet, but we’re making the best of it! Beautiful place...
Slovenia is dreamy and they have good radio stations. 🇸🇮 #operationgonetoslovenia #fallvacay #visitslovenia #sloveniatravel #lakebohinj
Just had a major wtf moment realizing that this was a YEAR ago. Feels like yesterday I was boppin’ around Mexico eating tacos and realizing that independence month is one of the best times to be here. 🇲🇽
Cutie little boulangerie in Aix en Provence. 🥖 💛 🥐
So, travelling is hecka nerve racking these days! But it felt SO good…
This mural is 🔥, super impressed by the Amsterdam Noord area (take a free ferry across the harbor)... A local told me the city is currently at 20% of normal tourism and that they are really missing the American and Chinese tourists. Being the smarta** that I am, I responded ”Never thought you would say that, did you?!“ 😂🤷‍♀️🦠 #coronavibes #lifeintimesofcorona #thisisholland #iamsterdam #ndsm #ndsmwerf #newnormal #summerineurope #operationgonetoholland
Look at lil sunburned baby me in Chile circa 2000/2001! Thank you @caldeosv for sending this!!! Is #flashbackfriday still a thing? #stilltraveling #operationgonedownmemorylane